It's no myth that elephants never forget. A lot of people think it's something that we learned from cartoons we watched as kids, but that's not true.

Elephants actually have an excellent memory, and it's always an extraordinary sight when we see elephants showcasing that ability. It always seems to amaze us.

In this particular scene, we can see a wild elephant that manages to recognize his vet from more than 12 years ago. The man who saved him after more than a decade showed up and the elephant sure didn't forget that.

Dr. Pattarapol Maneeon didn't expect such a reunion with Plai Thang, the 31-year-old elephant that he had saved.

Plai Thang was very ill when a group of volunteers found him in eastern Thailand. He had almost no chances of survival as he suffered from several diseases such as stiff legs, anemia, and trypanosomiasis.

He was holding on to his dear life as he was already struggling to eat or drink. It was a miracle that Dr. Maneeon even managed to save him.

They immediately took Plai Thang to the Forest Industry Organization, and that's where the doctor took care of him. He examined him and cared for him until they released him back to the wilderness.

They released him back to the exact same spot where they found him. It was truly a miracle that the elephant managed to survive so much.

1. Plai Thang just chilling by himself 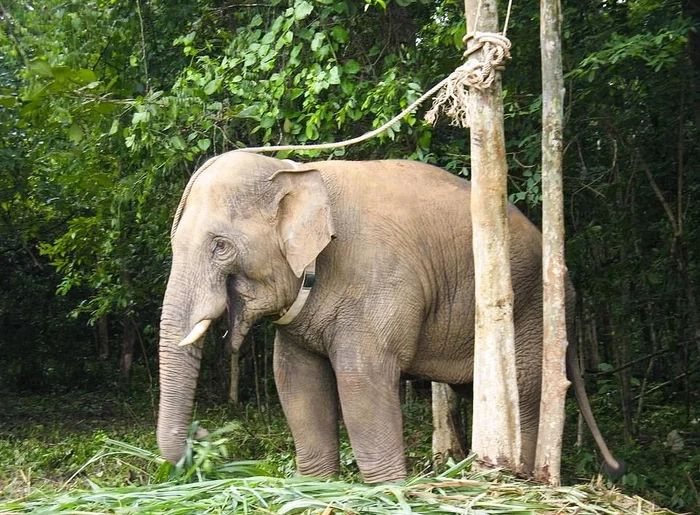 Dr. Pattarapol Maneeon was just exploring the area where a team of volunteers first came across Plai Thang. He managed to spot his old friend just then.

Although, he wasn't really certain if the old friend was going to recognize him just there and then. That was over 12 years ago which is definitely a lot.

He tried to shoot his shot by just waving at him, and when the elephant noticed him, he knew it was the man that saved his life a while ago. Plai Thang immediately began showing that he still has respect for him. 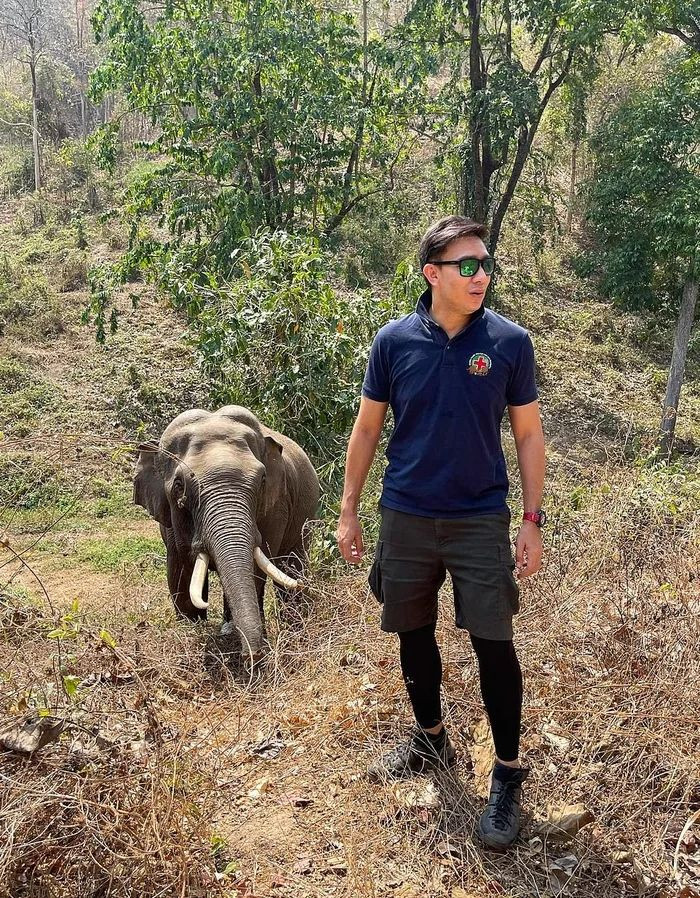 3. The moment the elephant notices him 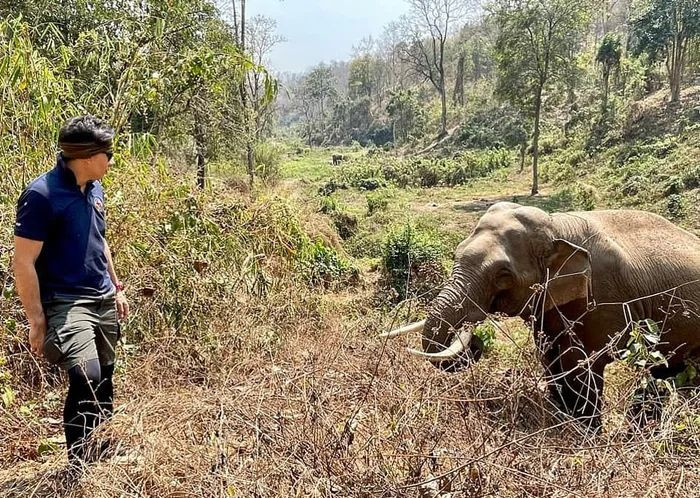 4. A lovely handshake between old pals

As soon as Dr. Maneeon approached the elephant, Plai extended his trunk to greet his old vet. Everyone was definitely surprised by this move by the gentle giant and they all loved it.

“I remember the sound very clearly. Plai Thang’s noise is very unique,” Dr. Maneeon mentioned, “Plai Thang was very aggressive when we first met. His body was weak and he could not fight other elephants. It took a long time for him to heal, but we learned that he was very smart and took care of himself."

“Recently, we met again,” the vet also mentioned “We could remember each other and we greeted. It was a very special moment. I hope it encourages everybody to appreciate the work that people do with elephants.” 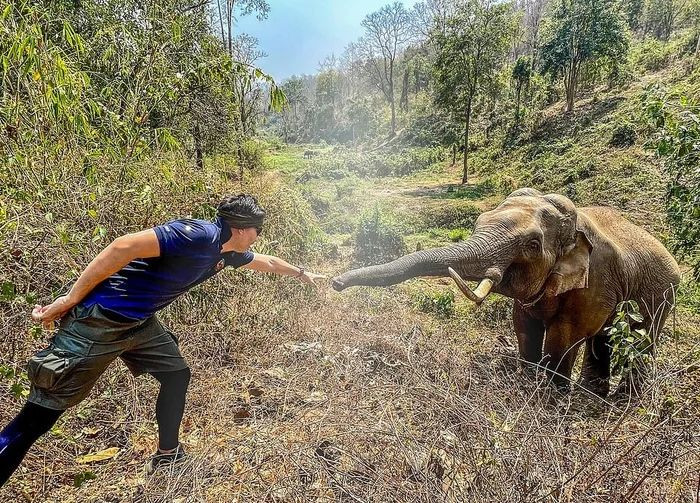 This is definitely one of the most memorable reunions I have seen online. It's beautiful, touching, and what more could you ask from such an extraordinary moment.

You should check out our other articles if this is something that you enjoyed, and don't forget to share it on Facebook or pin it on Pinterest so others can see as well.