Recently, Shawn Davis, from Illinois, noticed something strange when he looked out his back window. He saw a pair of foxes hanging around near his patio.

At first, Shawn was confused. "We had never actually seen a fox kit before and were really surprised they were in our yard since we live in the middle of a residential neighborhood," he said.

"We first noticed two kits had visited one morning in the end of May and were playing on our patio set," Shawn continued. And before long, the entire family of foxes had become regular visitors to Shawn's yard, making themselves right at home.

"After that, we started seeing more and more foxes," Shawn said. 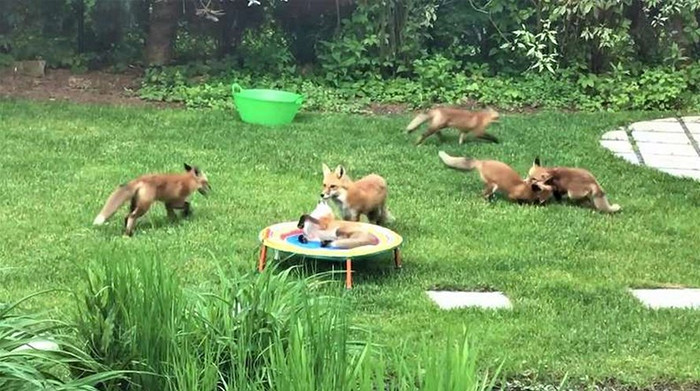 "After that first day, we started mainly seeing the mom and five kits. The dad came by a few times, but I think his job was to mainly provide food while they were learning to hunt." 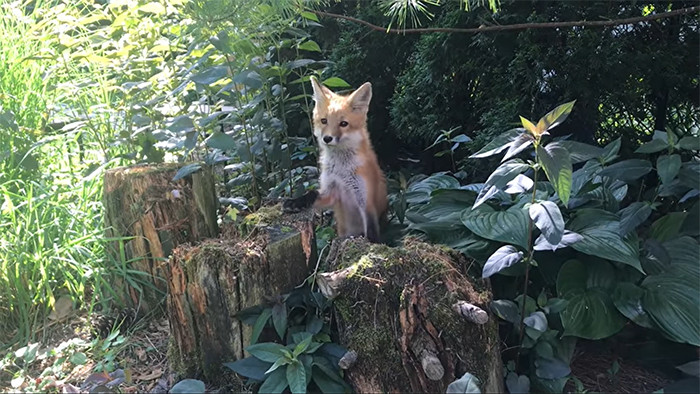 The cute family of seven started coming by almost every day to play and relax.

“Even though our backyard is in the middle of a residential neighborhood, it is very private with a fence and a lot of trees and bushes. I think they felt very safe, as they would often sleep under the trees in the daytime, and then play at dawn and dusk,” Shawn said. 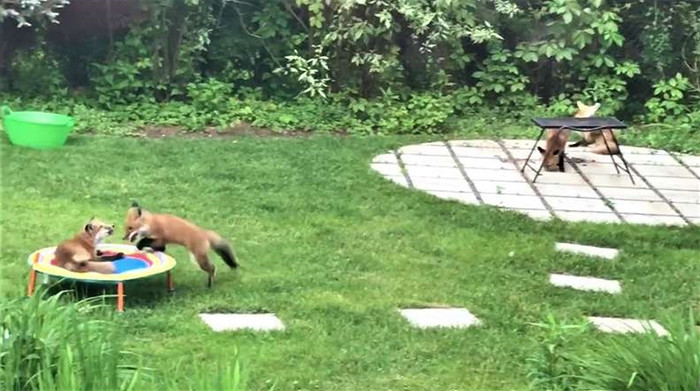 Naturally, Shawn and his family have loved the foxes visits - maybe even more than the foxes themselves.

"With the pandemic going on and us spending so much time at home, it was great entertainment for my wife, daughter, and I to be able to watch them grow up and play!" Shawn said. "We didn't realize they were so playful, and that was fun to see."

"Aside from sleeping in the day time, they would chase each other and would all play fight and grab each other's tails. They also liked to gang up on the mom, who wasn't afraid to dole out some moves of her own. We put a trampoline out at one point, and they liked to pounce on each other." 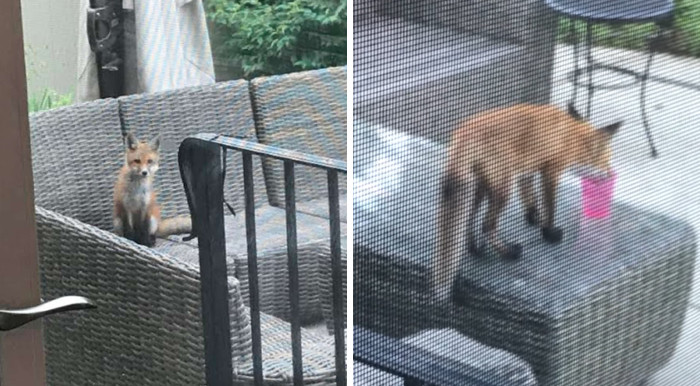