The new Nazca Lines carving, also known as a geoglyph, depicts (what seems to be) a 120-foot long cat. It laid undiscovered for almost 2,000 years on a slope near the Pan-American Highway that extends from Alaska to Argentina.

Archaeologist Jhonny Isla, Nazca-Palpa Archeological Park’s system manager, stated it had been discovered during work to expand the access route to a visitor look-out point. The plan was to make it easier for visitors to view the famous Nazca lines.

He told the reporters: “We realized the access to the look-out point ran over a geoglyph, and we decided to alter it because it’s not possible to promote access by damaging heritage. 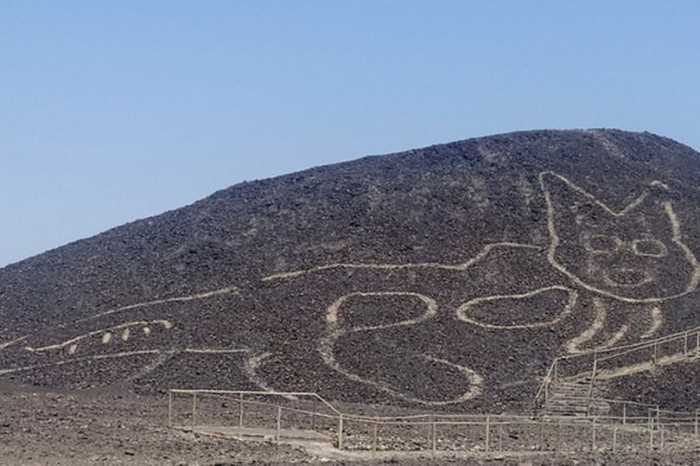 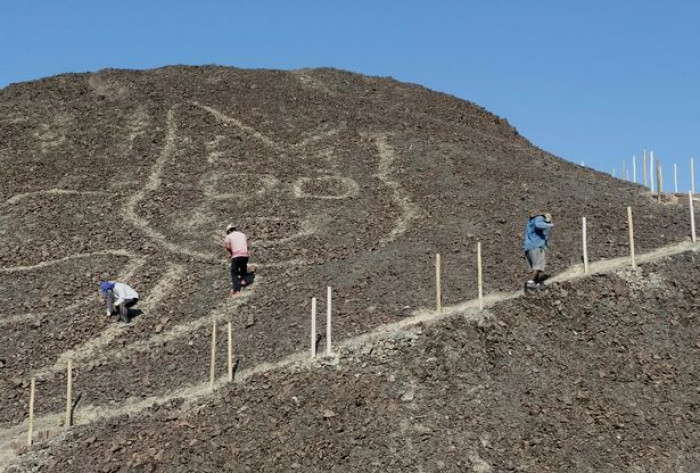 “The additional motive was that access was complicated, and we wanted to make it safer. During that process, we realized there were lines that were definitely not natural.

He then added: “It might seem surprising that new designs are still being found, but we know there are more out there. In the last few years the use of drones, which enable us to take images of the sides of hills, makes that possible.”

The experts dated the sketch to around 200BC 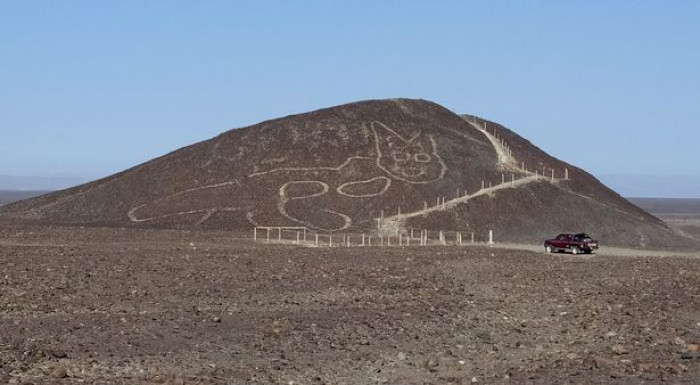 Peru’s Culture Ministry released a statement: “The design was hardly visible when it was first identified and was on the verge of disappearing because it was on a hill with a steep slope and was subject to the effects of natural erosion.

Over the past week, cleaning and conservation work has taken place, which has led to the emergence of the figure of a feline with its body side-on and its head facing forwards. The lines of the geoglyph are around 12 to 15 inches wide in some parts. The figure is 121 feet long.”

The Ministry’s officials dated the object to approximately 200BC.

Last November, they have stated that nearly 140 Nazca lines dating back around 2,100 years had been discovered in the desert.

The statement was made by archeologists from Japan’s Yamagata University after a 15-year exploration effort using drones, satellite imagery, and different AI scanning procedures.

The newly discovered Nazca lines included a human, bird, two-headed serpent, and even a “killer whale.” The Nazca Lines were first “discovered” by archaeologists in 1927. They are now a UNESCO World Heritage site.

Many are so large they can only be seen accurately from the air. The scientific community believes they were created between 500BC and 500AD. They are usually 0.2 miles to 0.7 miles long.

Many of them portray humans, plants, and animals.

The lines were created by the removal of the black topsoil to uncover the light-colored gravel beneath. The experts believe they had ceremonial importance and were messages to the gods.

In February 2018, a truck driver was arrested for plowing through the archaic lines and causing “irreparable tire scars.”

He said at the time his truck had suffered a mechanical problem, and he pulled over to replace a tire.