Two Former Circus Lions Feel Real Grass For The Very First Time, And Their Reaction Will Melt Your Heart

Animals don’t belong in cages. They were created to live in the wild, follow their instincts and roam freely.

But humans keep forgetting that. So for our own amusement, we keep them in tiny cages and maltreat them.

Zoo animals at least have some comfort and have habitats that are arranged similar to their natural surroundings. Depending on the zoo, they also have enough space.

But it is still a prison, no matter how nice it is. Circus animals don’t have even that.

They are cramped into tiny cages, constantly on the road. And when they are not traveling, they undergo training for their “acts.”

Unfortunately, methods used to train them are often inhumane and cruel. The life these animals have is downright awful.

The two lions from our story were also circus animals. Luckily, they were saved by a team of devoted animal rescuers.

For over eight years, Tarzan and Tanya were part of a Guatemala-based circus. The two large cats were kept in tiny cages, and they have been severely maltreated all those years.

So when Animal Defenders International(ADI) – a worldwide animal welfare group – learned about them, they’ve rushed to rescue them. They wanted to set these majestic animals free.

The moment these lions touch grass for the very first time is simply overwhelming. 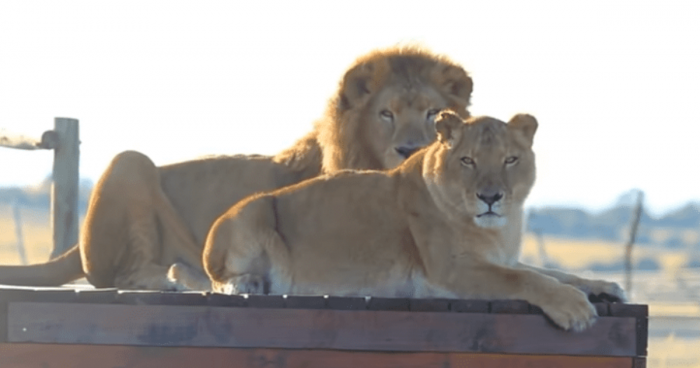 Though lions are usually fearless, these two were very scared and confused when Jan and Tim, the president and the vice-president of ADI, came to rescue them. The maltreatment they’ve been suffering for so long left them scared psychologically and physically.

Fortunately, they are in good hands now. Tanya and Tarzan were first taken to a rehabilitation center and then to their new home - an animal sanctuary in South Africa. That’s where they’ve encountered real grass for the first time in their lives, and that moment was beautiful. 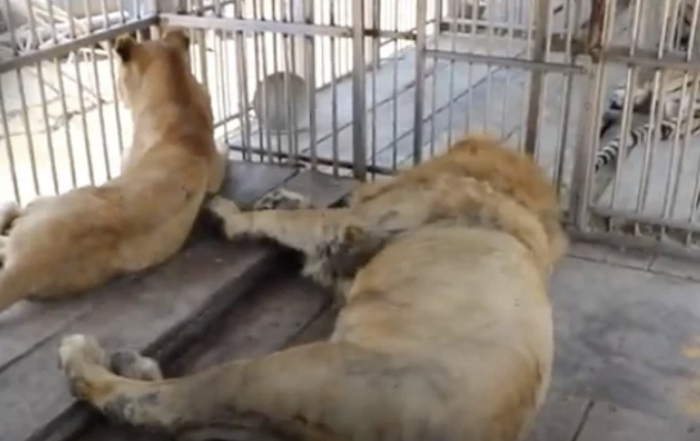 There is no data about the total number of lions living in captivity in the world. However, it is estimated that there are around 7,000 to 14,000 lions in captivity in South Africa.

The number for the USA is 10,000. Unfortunately, many of these animals live in terrible conditions - menageries masquerading as rescue sanctuaries and at unqualified roadside zoos operating with little oversight or accountability. 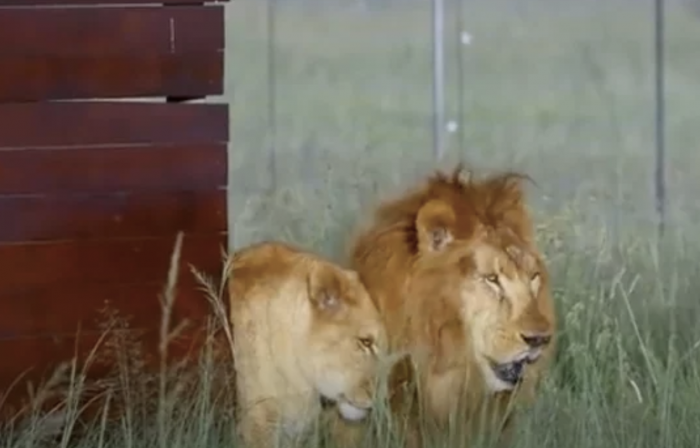 Lions can live and reproduce in captivity, but mortality rates among young, captive-bred lions are high. For example, a 2002 study found that of 126 captive-born lions, 40.5% died before reaching two years of age. The cause of death ranged from infanticide to stillbirth, but a startling 74.5% died of unknown causes.

We wish Tanya and Tarzan all the best and hope they will be happy in their new home. At the same time, our hearts go to all those poor animals still held in captivity.

Thankfully, there are signs that the situation is slowly improving. South Africa says it will end its captive lion industry in a major move for conservation that would outlaw the heavily criticized “canned hunting” of the big cats and sale of their bones, as well as popular tourist experiences like petting cubs.