The Sphynx is already a fascinating cat breed so when one stands out from the rest we can't help but paws what we are doing and pay attention. Such is the case with Lucy.

Lucy has a rare neurological condition characterized by a build-up of fluid in her brain called hydrocephalus.

Zilla Bergamini was looking at a video of a littler of sphynx kittens when she noticed Lucy stand out from the rest because she just seemed a bit different, but her adorable different qualities that caught Zilla's eye also made her fall hopelessly and instantly in love with the very small kitten.

Veterinarians said that they didn't think Lucy was worth performing surgery on.

However, today she is one year old and despite her rough beginnings, she seems to be living her best cat life with the love and support of Zilla. 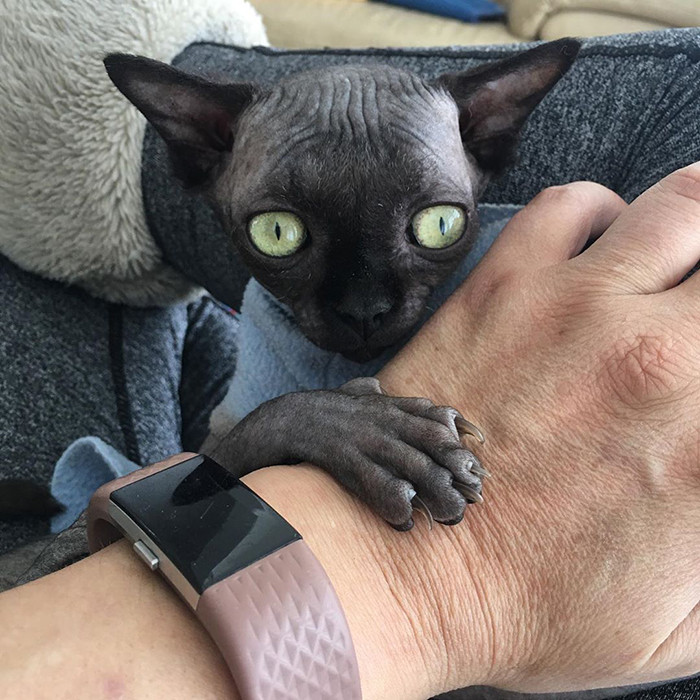 Zilla's friend made her wait 3 days before being able to adopt the special needs cat.

Zilla used her waiting period wisely and dove into the deep end of researching hydrocephalus. Some cats are more at risk for contracting hydrocephalus, but for Zilla it was just a birth defect.

In an interview with Love Meow, Zilla said:

"I began reading everything I could about hydrocephalus and all possible outcomes. I looked for the best veterinarian neurological center in the country and I already started setting up a fund to pay for her surgery—if needed—or medication."

Zilla lives in Haifa, Israel with two other rescue cats but that did not dampen her excitement to bring Lucy home. 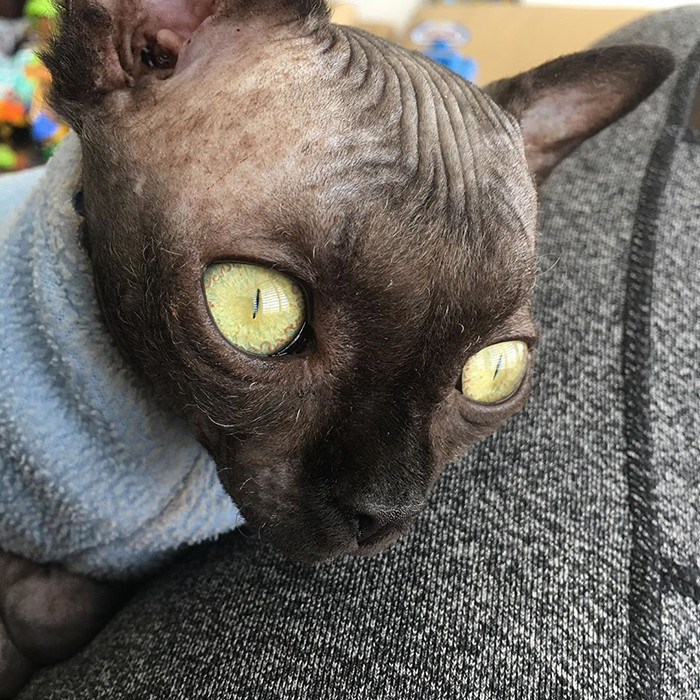 Admittedly, though, Zilla was nervous for Lucy, saying:

“Her future was uncertain." 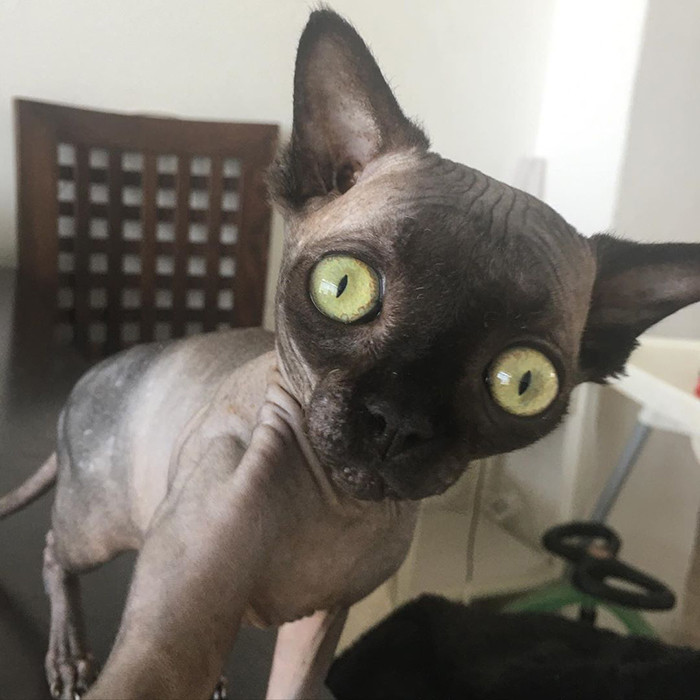 Quickly, Zilla noticed and became alarmed to realize that Lucy had not had a bowel movement in several days. The veterinarian who had so far provided all of Lucy's care (from day one) saw Zilla and Lucy and told Zilla that for the rest of Lucy's life, she would need eye drops. As far as the poop situation was concerned, the vet said that Lucy's belly was empty so Lucy was probably hiding her poop. 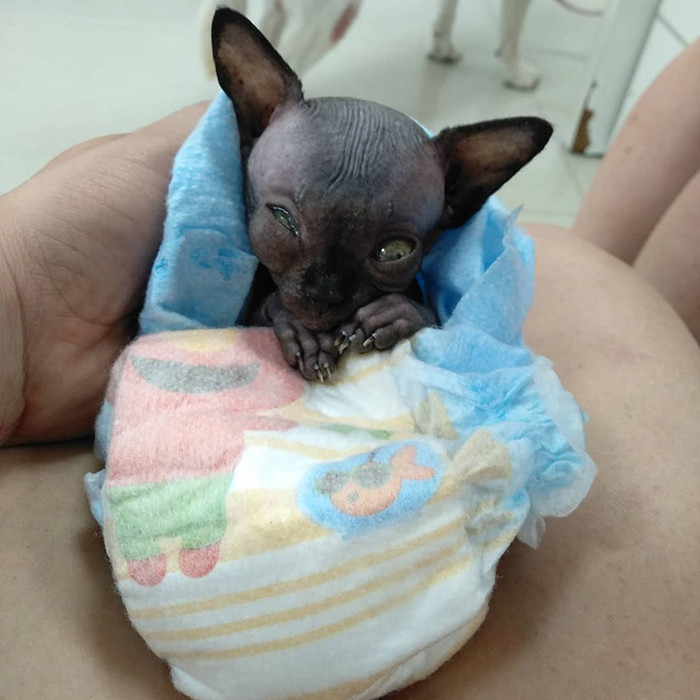 Somehow, Zilla did not feel better after the visit and decided to get a second opinion. She dound the best veterinarian in her area and promptly made an appointment.

Zilla and Lucy's new veterinarian was more concerned about Lucy's lack of pooping and took care of it. After that, another adventure. Zilla said that Lucy, "practically leaked poop 24/7 for more than two weeks straight."

“I was putting her to sleep in a tiny baby diaper and I was always holding her.” 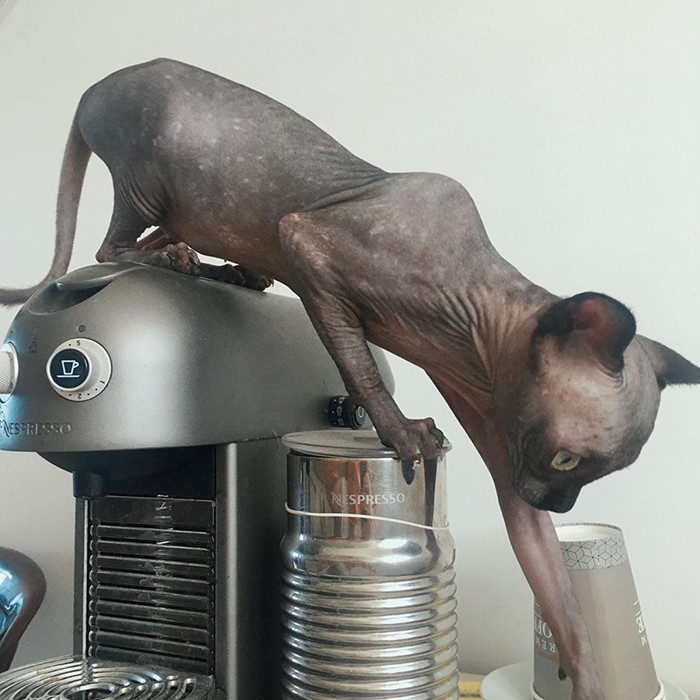 Still, Zilla refused to give up on Lucy and because of this two-week period of near constant contact, the pair developed a special bond.

Zilla's next step was to take Lucy to a specialist to learn more about her eye situation. There, Zilla learned that Lucy's hydrocephalus made her skull grow in an unusual shape! This resulted in her eyelids irritating her corneas, which is why the previous vet thought that Lucy would need eye drops for the rest of her life.

Zilla said the new veterinarians were amazing and were able to fix Lucy's eyes. She no longer needs eye drops. 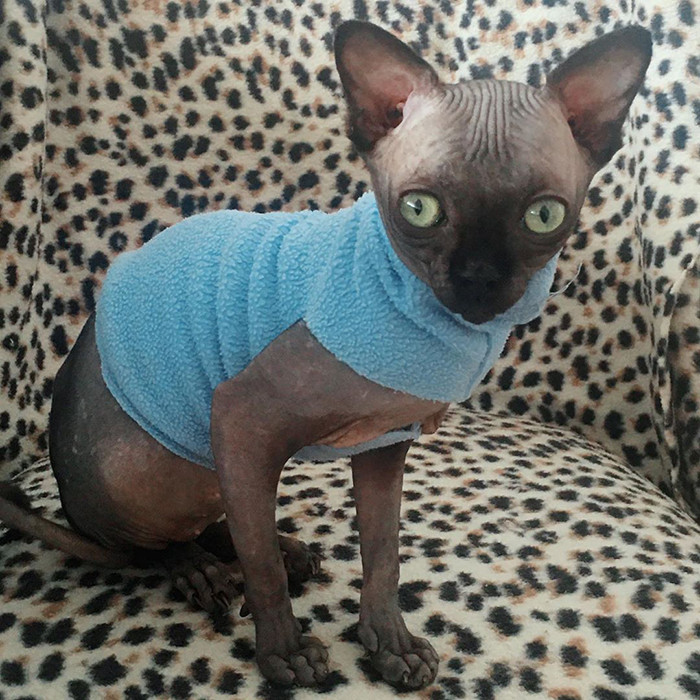 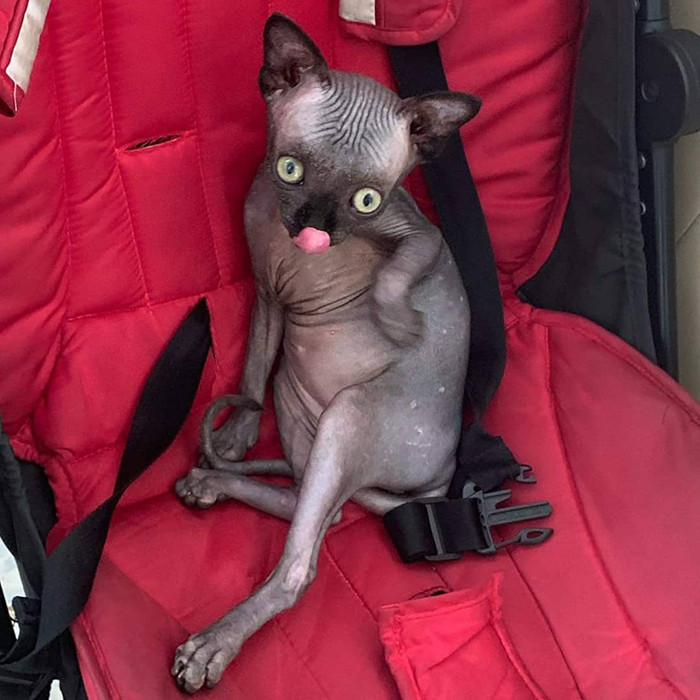 Sphynx cats can be very sensitive to temperatures and prone to sunburn, but Zilla takes such good care of Lucy and makes sure she is always dressed for the prop-purr occasion. The cat is a cuddle bug who loves people and bird watching. 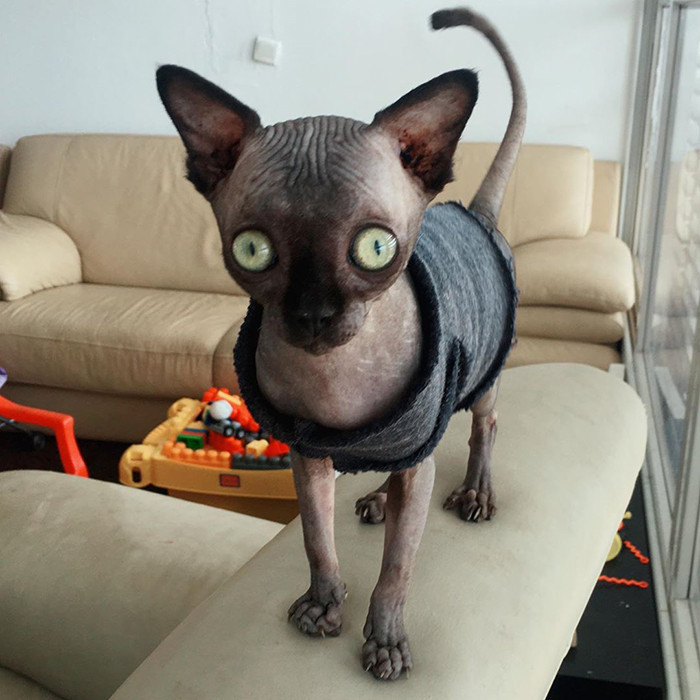 "She loves going out. She sits in a baby stroller or inside a bag and enjoys the view. Every time we go out, she tries to sneak inside one of the two." 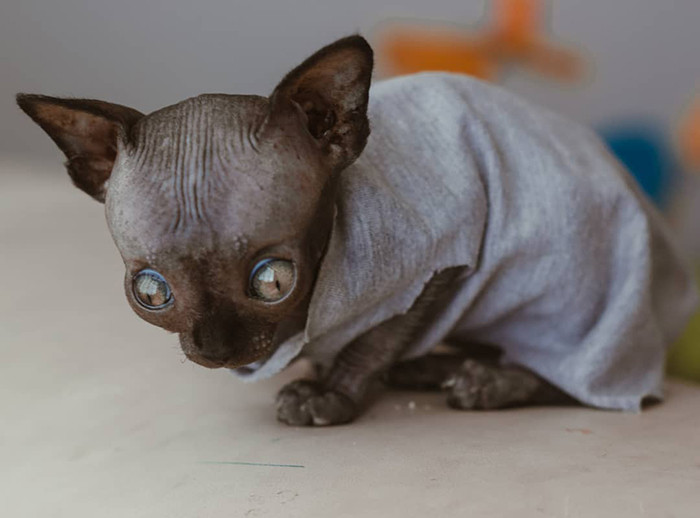 And Zilla has not taken Lucy's good health for granted.

She still describes her as a special needs cat:

"She is more delicate than a ‘normal’ cat. But it isn’t always a death sentence. Like humans, pets can have disabilities but live happy lives and they can give as much love as any other pet, if not more.” 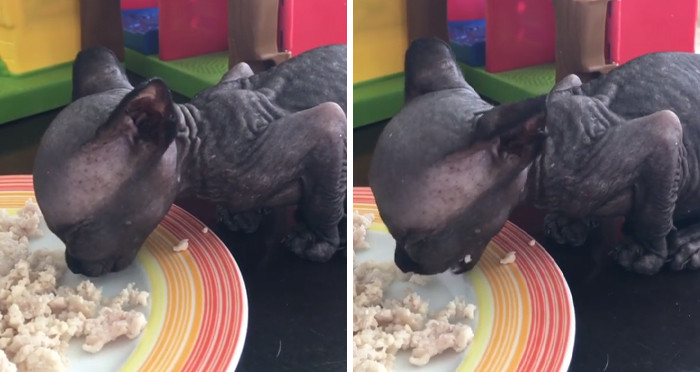 She says that most people think that cats with neurological disorders like Lucy's warrant euthanasia, or expensive brain surgeries that are hard to justify... but Zilla disagrees.

In fact, Lucy is proof that it isn't the case. Lucy look a little different, some even say she looks like a bat, but she is a happy, healthy, well-loved cat both by her human and her growing Instagram following!