When Biscuit the cat disappeared in 2017, Keith Bigland and his wife, Su, were understandably distraught. Keith was devastated when the cat, who had belonged to his late mother, escaped from their home in Fenland and vanished.

After three years without Biscuit, the couple was shocked to receive a phone call recently saying their beloved feline had been spotted only a mile away from their home. "I still can't quite believe it, I had totally given up hope, we never thought the call would come," Bigland said.

"When he arrived at our house, my wife threw her arms around the vet in relief. It's funny because, as far as we know, he could have been right around the corner the whole time, or miles away, we just don't know where he's been."

Keith said the day Biscuit came home was special for another reason. "What makes it even more special is that Biscuit was handed in just a few days after the third anniversary of my mother's death, which makes you wonder if she's watching over us."

Biscuit, affectionately called Bikkit, was seen on CCTV escaping through a small gap in the fence in December 2017.

Mr. Bigland suffers from a disability that affects his balance and co-ordination. But he did everything he could to find Biscuit, distributing posters and looking everywhere possible.

“I had hope at first, for months afterward, I was calling his name around every corner and looking into every bush. Biscuit is the last link I have left to my mother, which made it all the more worrying, but he was a feral cat before my she took him in, so I thought he may have that natural survival instinct.” 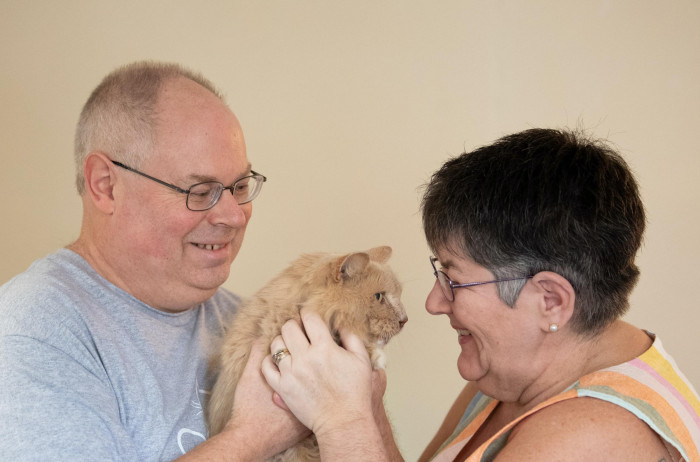 Biscuit "was not in great shape” when he returned home. He had some problems with his breathing and heart. 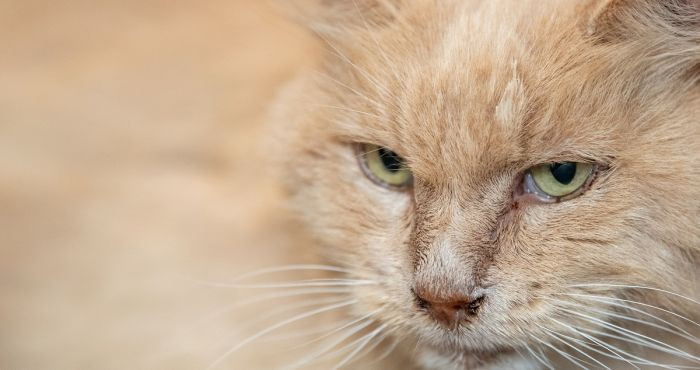 Keith says Biscuit's veterinary treatment will be around £1,500, and he has set up a GoFundMe page to help cover the costs. 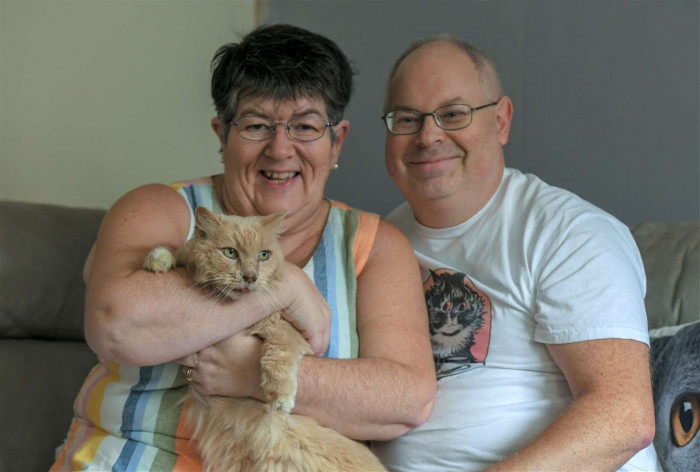 "Although he looks and acts differently to before, I recognized him straight away, and he recognized me and hasn’t stopped purring since."

Keith says 14-year-old Biscuit is doing well now that he's back home. "He’s starting to recover now and at his older age I hope to spend more years with him – we have no kids, and my wife says our cats are our children, we’re a family.” 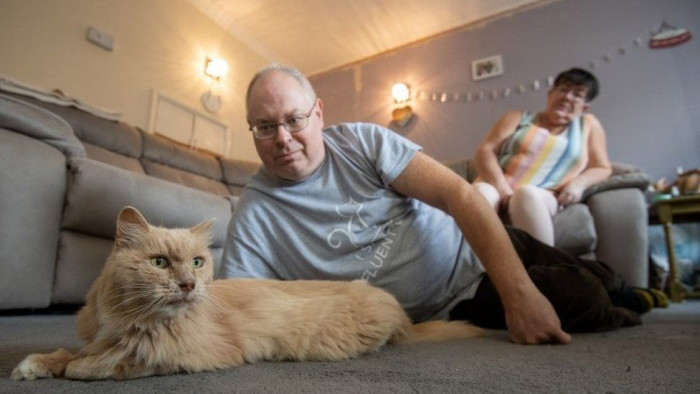