With the large nation-wide wildcat release coming in 2023, the conservationists are now focused on teaching the wildcats how to hunt to wean them off human care. Wildcats were once widespread across the country, but now they have dwindled to near extinction due to habitat loss and hunting. Only a handful of them remained in the remote parts of the Highlands.

Now, environmentalists wish to reintroduce the wildcats across the UK over the next few years, stating that they will help keep rabbit populations down. Farmers are applauding the effort since the rabbits have become quite a nuisance. The wildcats will be the first major predator to be reintroduced to the UK in decades. 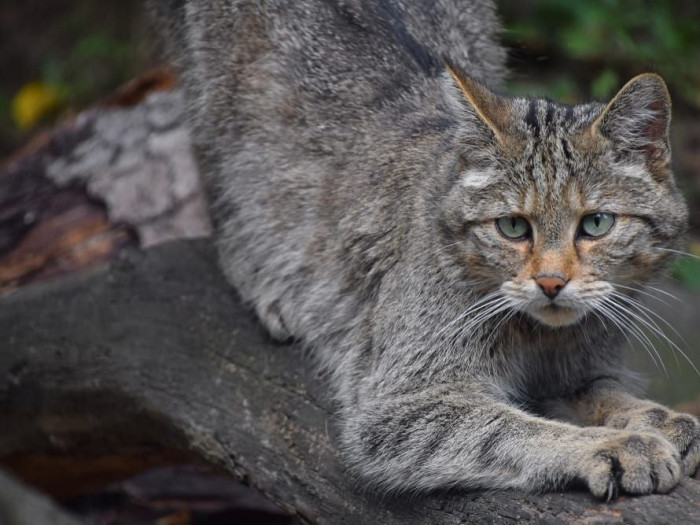 The environmentalists are now teaching the wildcats to take care of themselves instead of relying on people for food. They are using toys and special techniques to make the process easier for the cats. The experts from the Royal Zoological Society of Scotland are in charge of the cats' breading and training. They are teaching them to hunt rabbits in a special facility close to where they'll be released.

The scientists are working closely with experts who recently released wildcats in Spain to determine the best way to prepare the animals. A crucial part of the training is weaning cats off human attention, as their domestication in zoos made them dependent on people for food and care.

The cats are taught how to hunt using different toys because the use of live rabbits is against the British wildlife regulations.

Helen Senn, from the Royal Zoological Society of Scotland, told the reporters: "What we are trying to do in terms of training is to try and mimic the natural conditions that these cats would encounter in the wild as much as possible, to give them the best chance once they are released into the wild.

We can try and mimic the way an animal might have to hunt, or find food in the wild, so that would be doing things like randomizing, the time at which animals are fed, trying to dissociate animals from human presence. So, for example, putting food into a timed box, so that it’s not associating a human coming into the enclosure with being fed, or being fed at a certain time."

After the initial release in Scotland in 2023, environmentalists are planning releases in Wales, Devon, and Cornwall, since they have an appropriate environment to accommodate them. The cats will be fitted with GPS so researchers can track their movements.

The whole reintroduction process is slower in England because there is no scientific consensus on the matter, though Natural England has confirmed they are analyzing the subject.